Nick Harris was elected as Jesup City Commissioner, District 3, in a special election in March 2011. He recently earned a Certificate of Achievement Award from the Georgia Municipal Association for successfully completing 75 hours of training in his role as commissioner.

Nick is a graduate of Wayne County High School and North Georgia Technical College. After college graduation, he lived in the Atlanta area for 13 years, working for Scientific Atlanta.

In 1996, he and his wife, Candee (Beecher) Harris, returned home to Jesup. They have a son, Nicholas; a daughter, Erica Madray; and son-in-law, Ryan Madray.

Nick is the owner and president of Diversified Technical Solutions, Inc., an information technology service company based here in Jesup. He is also an active leader in our community.

Nick led the effort to obtain the property of the former state farmers market from the Georgia Department of Agriculture in order to establish a community farmers market. He is an alumni of Leadership Wayne’s 2012 class and served as co-chair for the 2014-2015 class. He is also a member of Elks Club and the Wayne County Chamber of Commerce where he served in several positions, including Chairman of the Board of Directors.

Nick and his family attend First Baptist Church of Jesup, where he has served as a deacon, sound technician and youth volunteer. 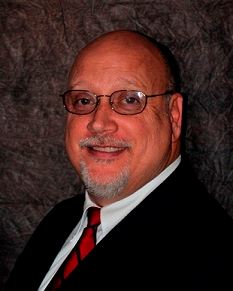